This battleground is the primary focus of all conflict in the world of Heroes Evolved. Assemble your allies, and face off in intense 5v5 matches on this iconic map. Featuring three lanes, a vast jungle, and a dividing river, the Altar of Strife has ample room for complex strategic gameplay.

How to Win: Destroy the Aegis in the middle of enemies' base.

Minions: Warrior, Wizard and Cannons. They will get more powerful after the enemy barracks are destroyed.

Heroes: All heroes and skins can be used. Initial Level of Hero: 1.

Functions and features of Turrets
1. Destroying turrets will bring Gold and EXP to your team.
2. Turrets can inflict greater damage and provide stronger defense.
3. Turrets allow your team to discover the invisible enemies and traps.
4. Heroes can be teleported to turrets.
5. The turret in the middle lane is very important. If you lose it too early, your enemy will control the whole map in no time.
6. It's wise to stay under the turrets to avoid danger at the beginning.
7. It won't be safe to stay under the turrets in the middle or later stage, because enemies with strengthened equipment are able to kill you under the attack of the turrets. 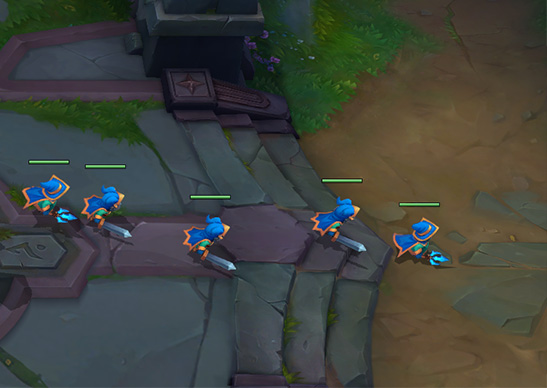 Functions and features of lanes
1. The advantaged lane is relatively safer. It is suggested that heroes with good Gold farming ability take the advantaged lane.
2. On the contrary, heroes with high HP or defense should take the disadvantaged lane.
3. Heroes with advanced Gift can teleport to minions. Don’t miss the chance to teleport to defend unguarded turrets, harvest Gold or take down enemy turrets with minions.
4. If enemies are too far away from your turret of the advantaged lane, you can attack the nearest monsters to attract them to face your minions.
5. At the beginning, it’s suggested to control the lanes and keep your minions away from the attack range of the enemy turrets. At the middle and later stage, try you best to oppress enemy turrets with minions.